In light of our current political crisis around climate change, what can architecture possibly contribute toward a new planetary imaginary of our contemporary environment beyond environmentalism or technological determinism?

This narrative will tackle the question of representation in relation to climate change through the design of dioramas that depict imaginary future depictions within a fictitious natural history museum that presents episodes of resource extraction and waste.
KEYWORDS
Architectural Theory; Urban Theory; Sociology; Critical Narrative
Visualization;Technology Ethics

Mining is a very dirty industry. It’s extraordinarily dangerous. It’s impossible to mine a place while preserving the environments and livelihoods that unfold on the surface. Its an enterprise that is fundamentally incompatible with ideals of pristine, or even partial, conservation. But the resources collected through this endeavor have become necessary in our society so dependent on technology.Attempting to stop mining is a futile endeavor, yet the need for environmental regulation and resurgence is growing. 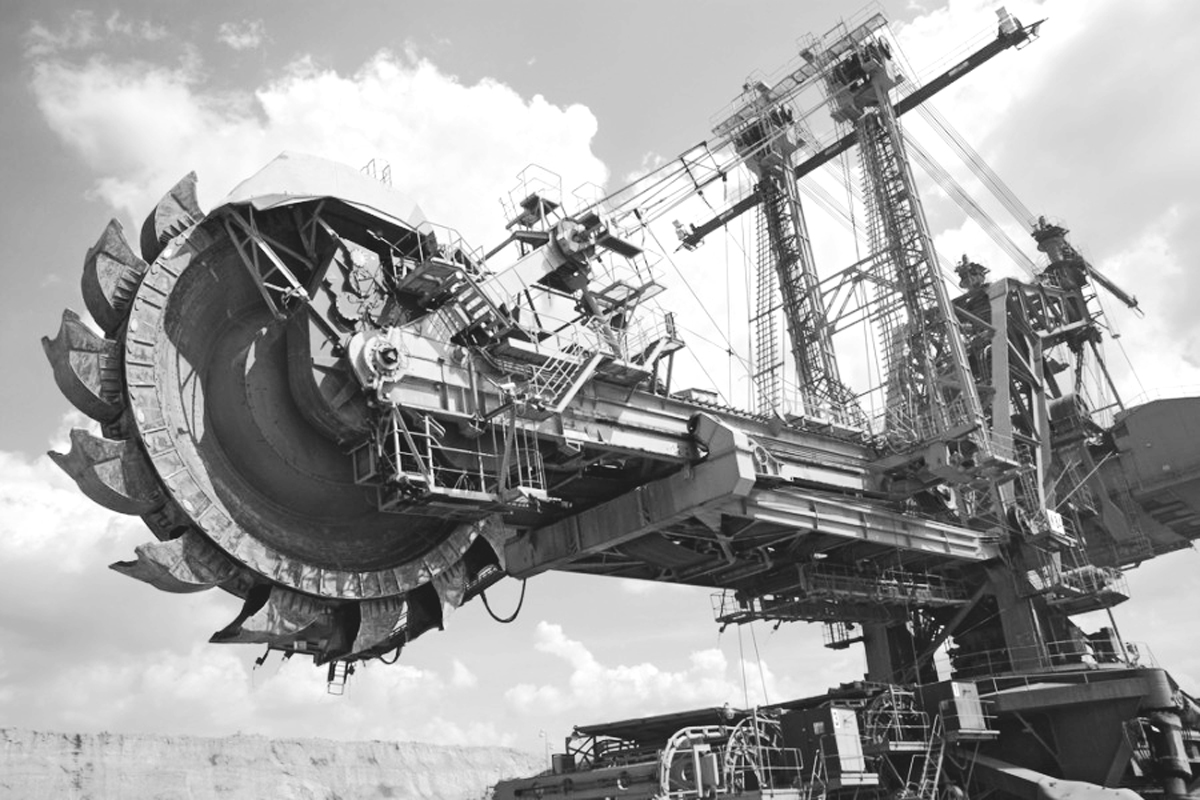 This positions asteroid mining in a very desirable place for an industry that is volatile, high risk, and capital intensive, as regulations pose the biggest problem for production. A global strategy for locating mining sites is to put them in places that are far away from major centers of population and also further away from institutions and actors that might hold the mining company accountable… politically accountable, environmentally accountable, and socially accountable. So one of the great draws to mining in outer space is that environmental impact and social impact are taken out of the equation.

The potential for corporations to exploit an area devoid of environmental and social consequences is enormous. On Earth we see the subjugation of peoples and land to proliferate an end goal, profit, and as we move farther away from the realm of the “human” one can only begin to imagine the magnitude at which destruction will occur. 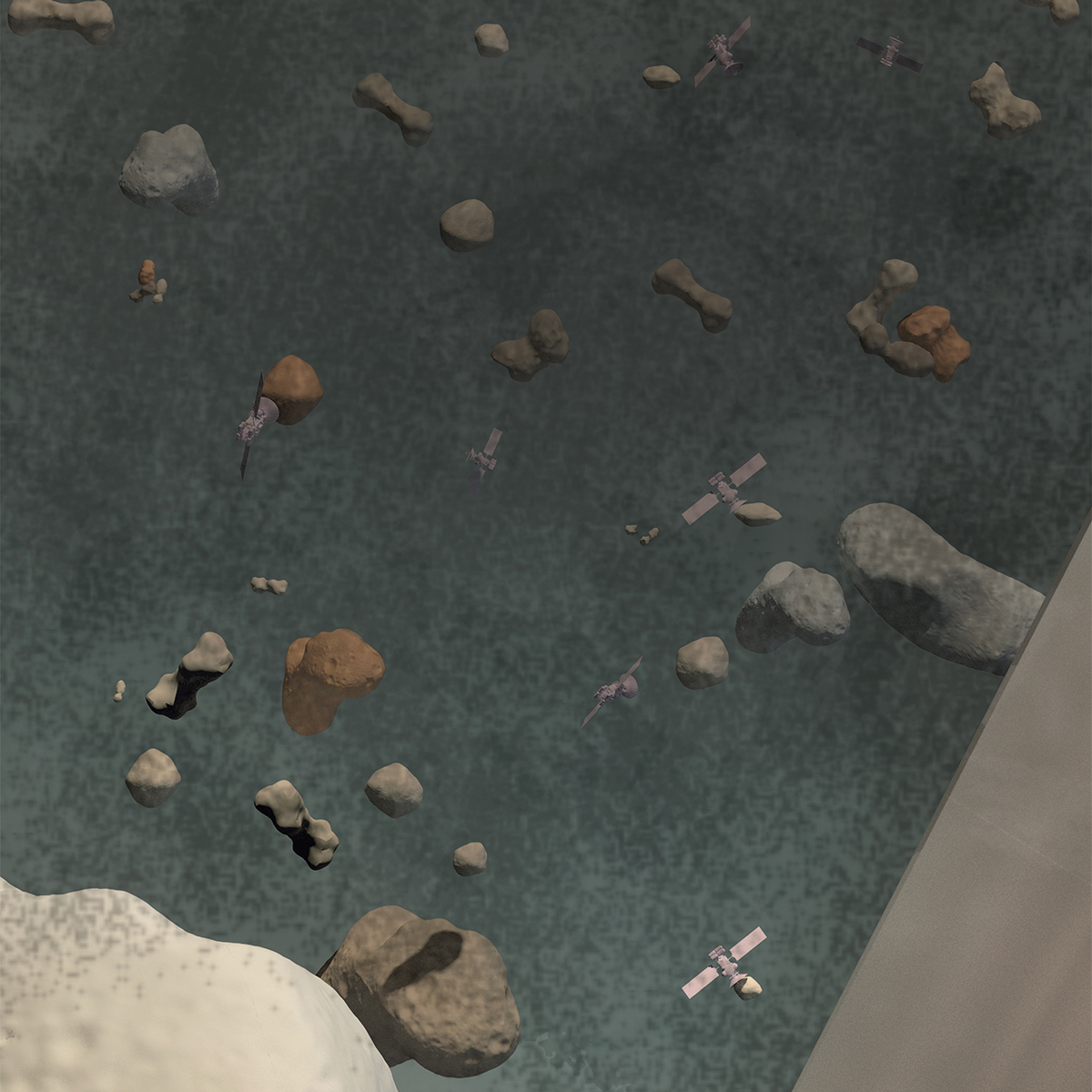 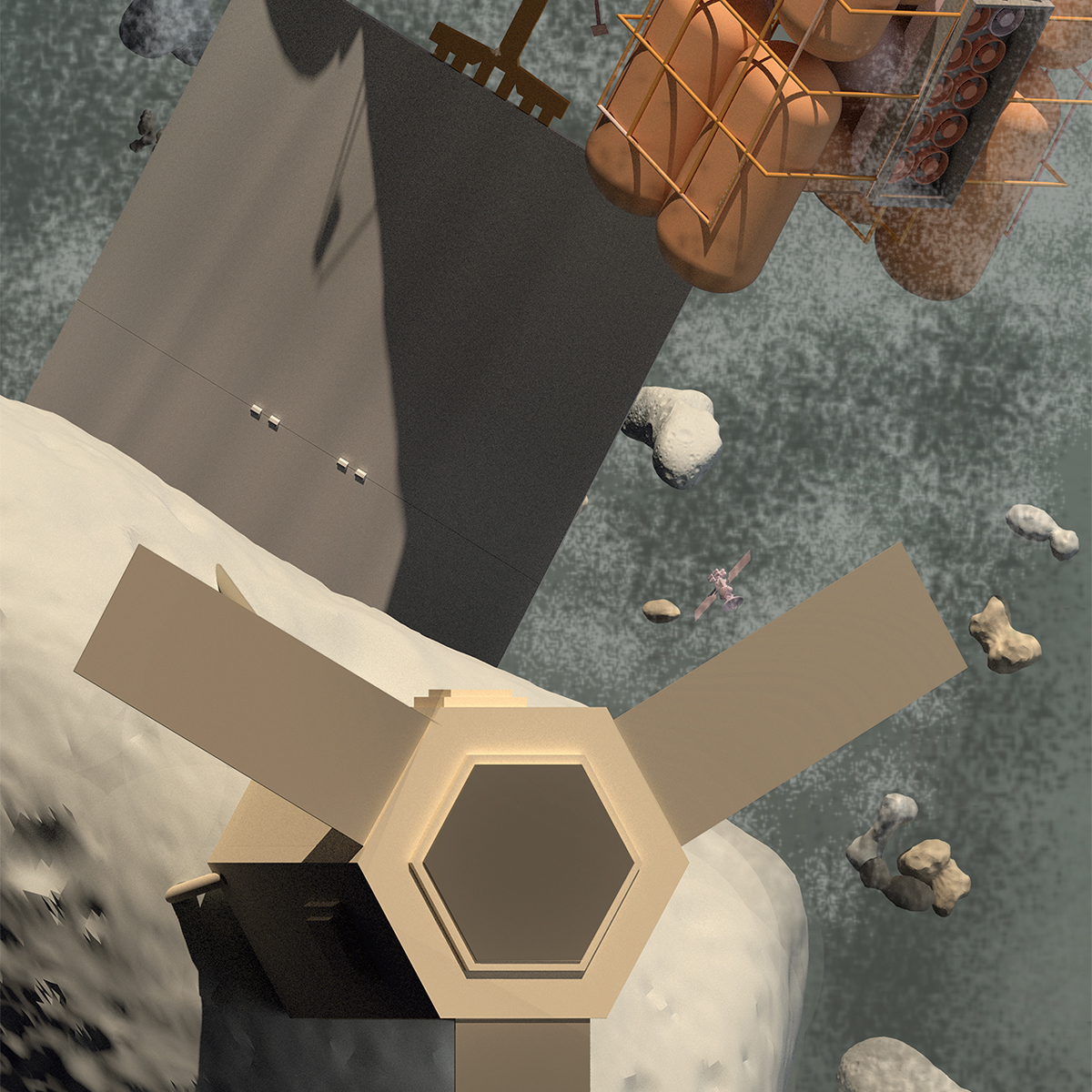 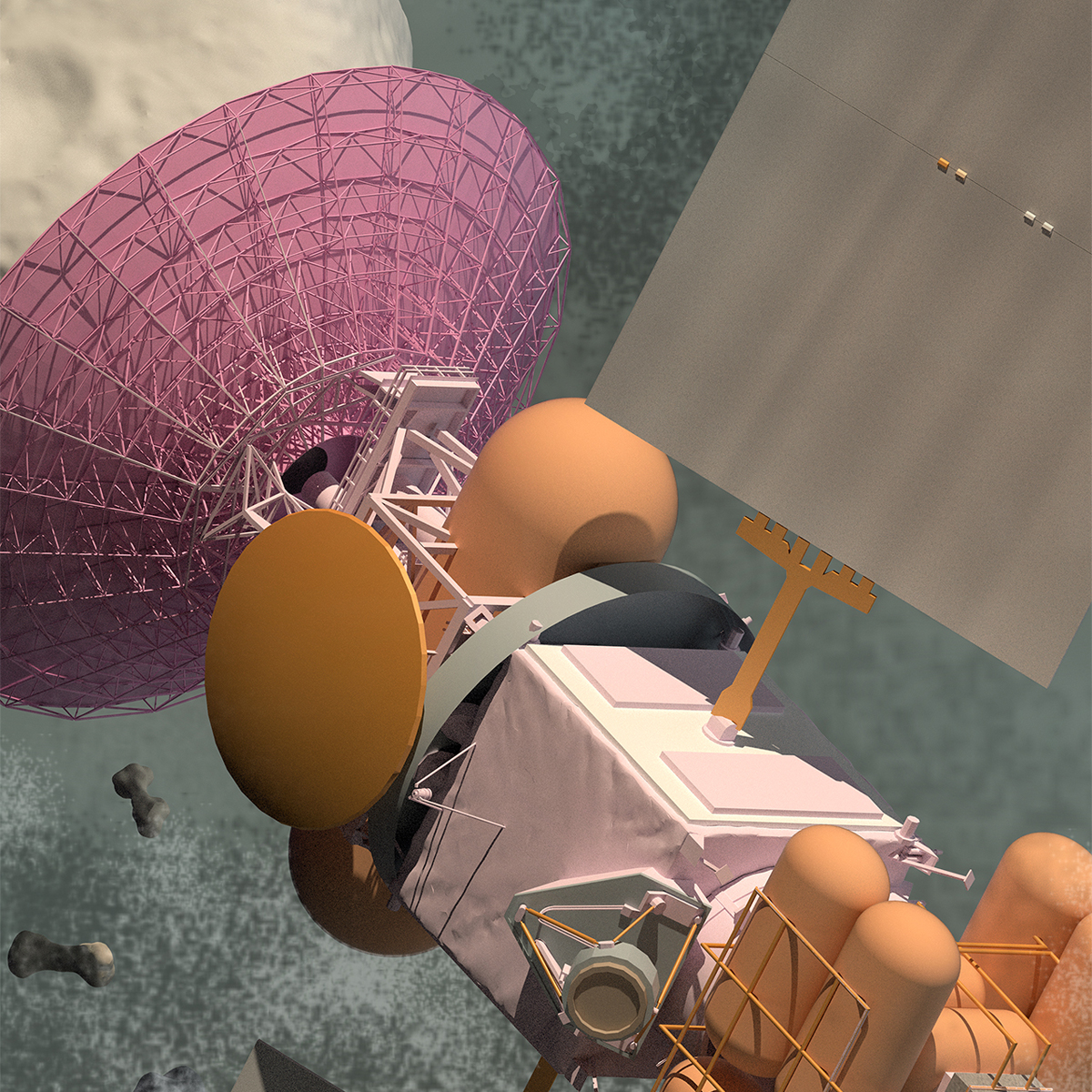 The diorama in the foreground presents a film scene but we’re seeing it from an outside perspective. We’re behind the camera, all of the lighting and audio equipment is visible, carefully sculpting a scene, which the viewer is privy to. The scene is vibrant… it’s bright, it’s beautiful but the space around it feels dull and lifeless, almost completely lacking color altogether. The shoot is almost finished, unused props litter the floor as new additions take their place in the spotlight. We begin to see a remarkably stark difference between these objects though… the ones that have found their home on the ground,scattered throughout the room feel tangible, embodying the realities of steroid mining while the objects under the watchful gaze of the camera would be likened to a Santa Monica model who has over indulged on plastic surgery.

This represents the set of short movie scene that a private corporation is creating.It’s intention is deceitful and nefarious but the public relations campaign is masterfully composed. The company is preparing for their upcoming missions where they will become the pioneers of asteroid mining. This is an exciting prospect for them following the instatement of an Obama-era law giving private companies unlimited access to any and all rare earth element that they can get their hands on. They know that if the mission goes well that the gates of unregulated rare earth elements will be opened to them… and with their recent PR campaign society couldn’t help but admire their efforts of eradicating mining from Earth. 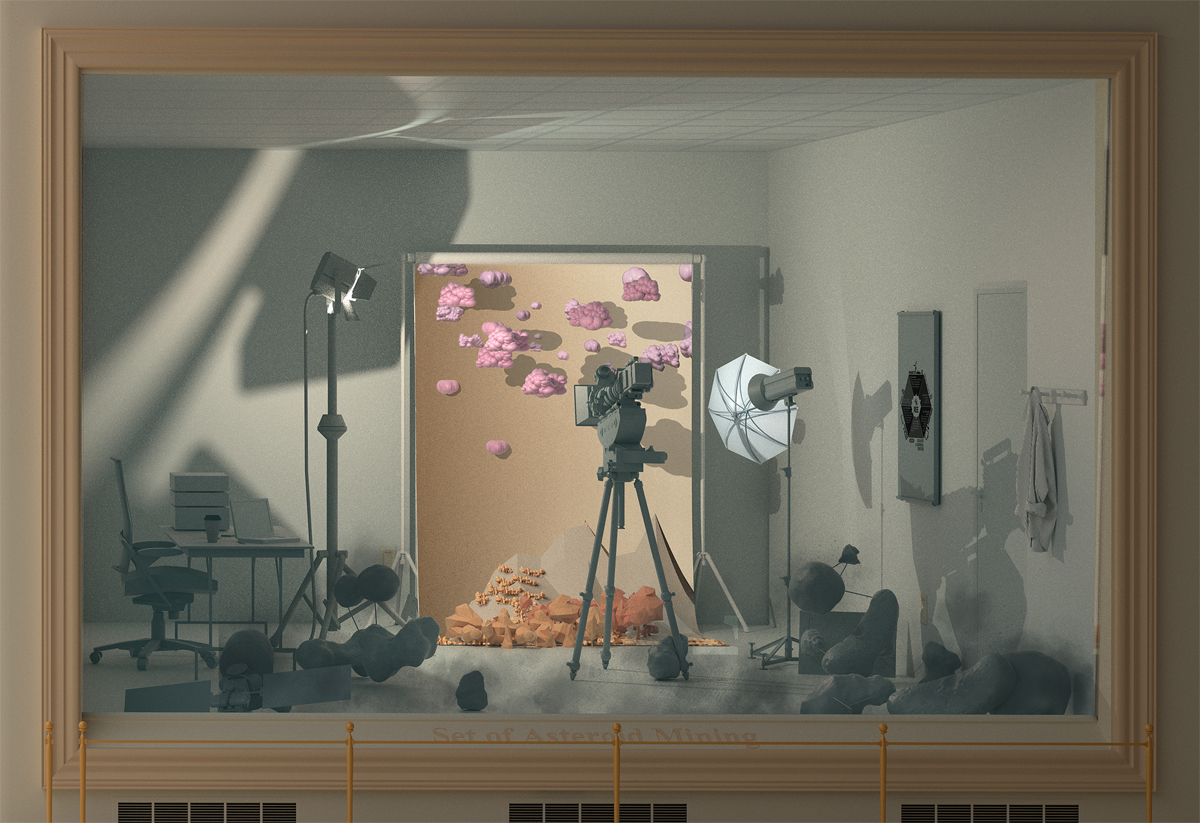 Dust in the atmosphere

This scene is mirrored in the second diorama, presenting a future where asteroid mining has enjoyed the freedoms of unregulated practices. The situation has grown to an alarming level resulting in “unforeseen circumstances”. Here we see the production of a public service announcement warning people about the heal the effects of exposure to the waste created from asteroid mining. 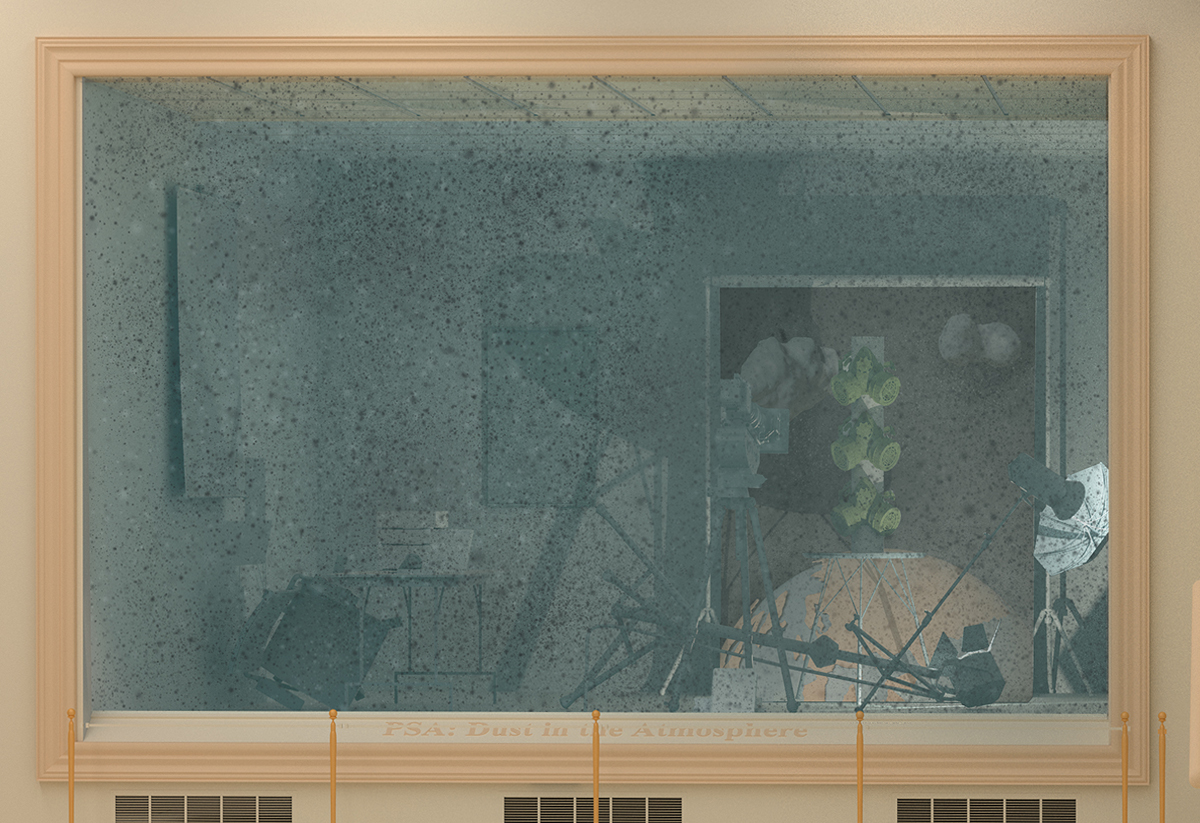 Ifwe struggle with regulating volatile mining practices on Earth, practices that have and continue to threaten the lives of marginalized populations, then what standards will we hold ourselves to when private corporations further distance our abilities to conceptualize the impacts of their capitalistic endeavors? 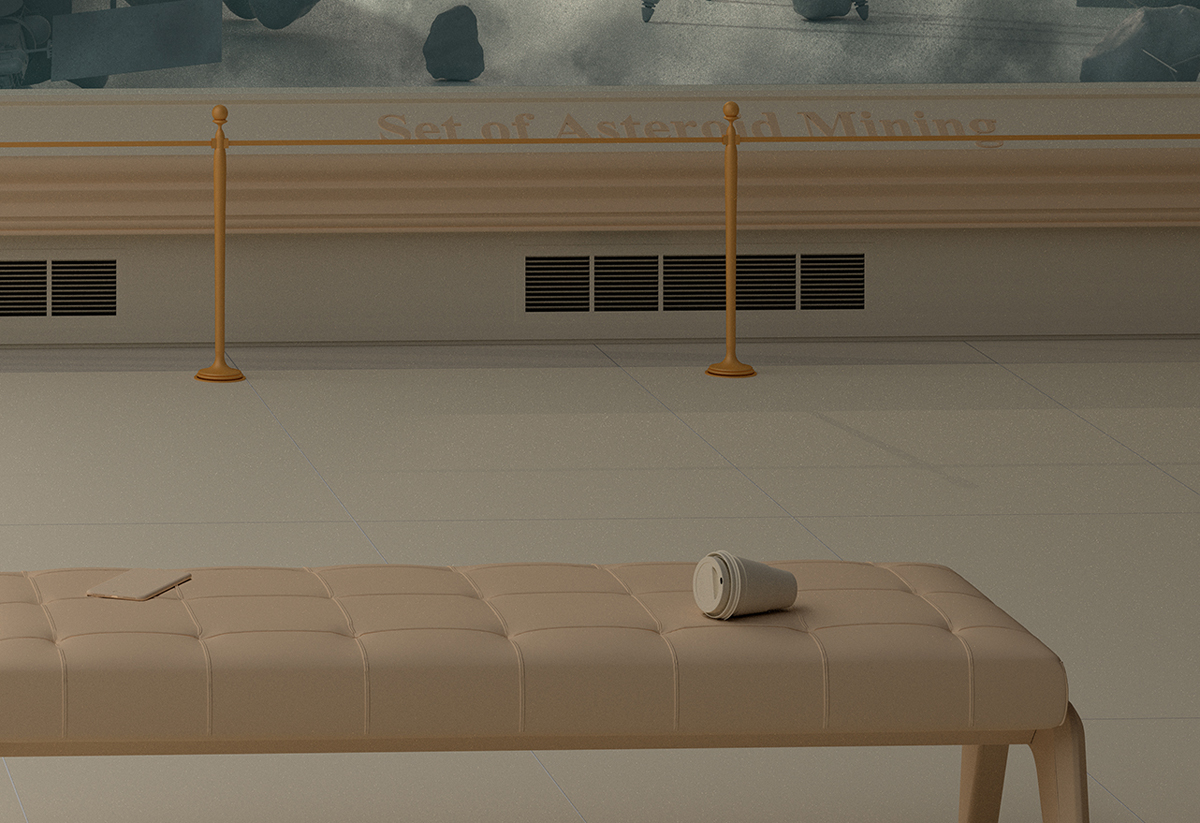 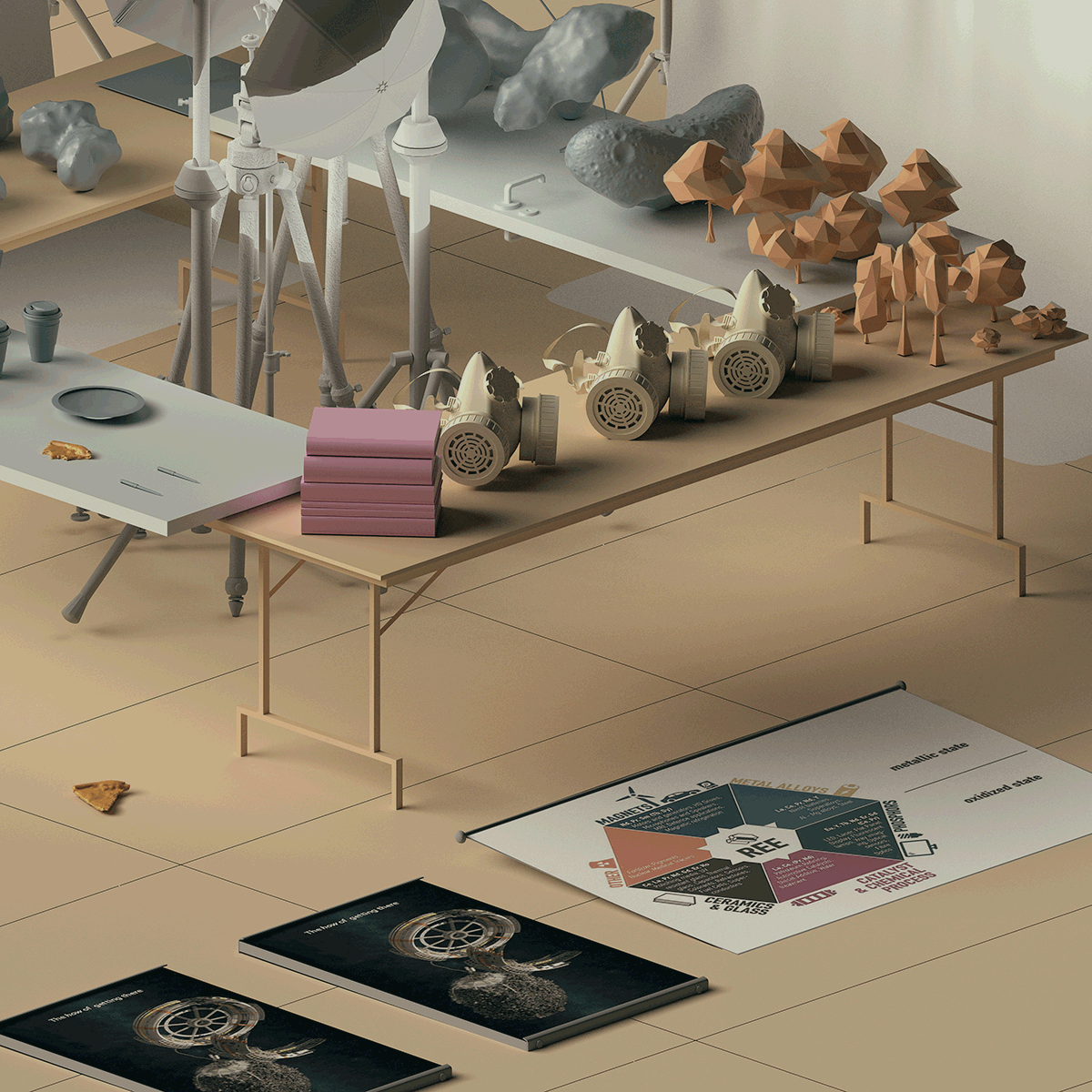 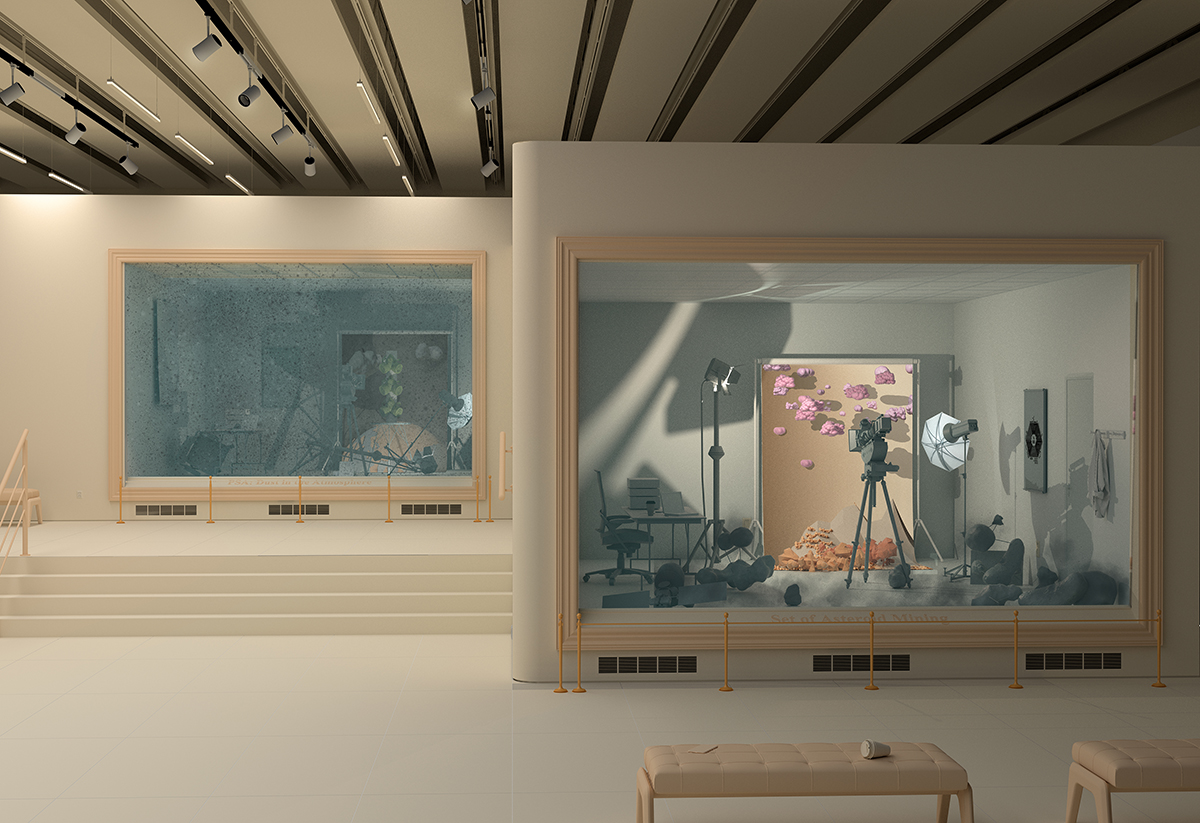