identity projection through wearable in the city

The Dragon Gloves is a pair of highly customization gloves that depicts how people's believes can influence the cycle of self fulfilling prophecy.
With the dragon glove system, users can input the color, the size, the form, the materials within their desires. Individual data is collected and transferred into digital tools to generate customized versions. The gloves will move responsively regarding hand gestures.Sound waves drive the texture and form; different sound waves will result in entirely different pairs. The gloves contain three parts, the finger cover,the bell lines, and the bracelets.
‍KEYWORDS
digital fabrication; design computation; digital media; interpersonal communication
‍
CCL, Iowa State University
Yiqi Zhao
Mentor: Leslie Forehand

GLOVE IS NOT A PROTECTION BUT A WEAPON

Gloves were not considered as part of decorum from the beginning. It is considered as protection and a symbol of their power, dignity or differentiation since Ancient Egypt. In 12th century, the gloves also gradually became an accessory in women's clothes which is elegant and hypocrisy. Gloves has long long been treated as a an extension of personality.

2 soliloquy to self fulfilling

Soliloquy, meaning one is speaking his thoughts aloud when by himself or regardless of any hearers, is a type of intrapersonal communication that enlarges one's beliefs. In the system of dragon glove, one will input a certain phrase, a propose, a song, or even just a breath into spectrum data, which will transferred into the physical quality of the glove. This will serve as a constantly reminder of that certain information one want to talk to himself. Robert Merton raised "self-fulfilling prophecy” in 1948, defining it as: “A false definition of the situation evoking a new behavior which makes the originally false conception come true”. The dragon glove system, built upon that, served as a medium to enhance the self fulfilling cycle. 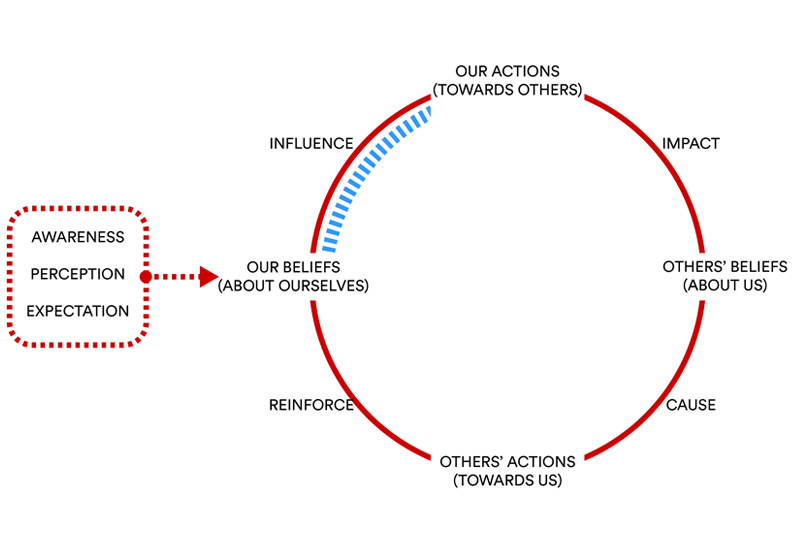 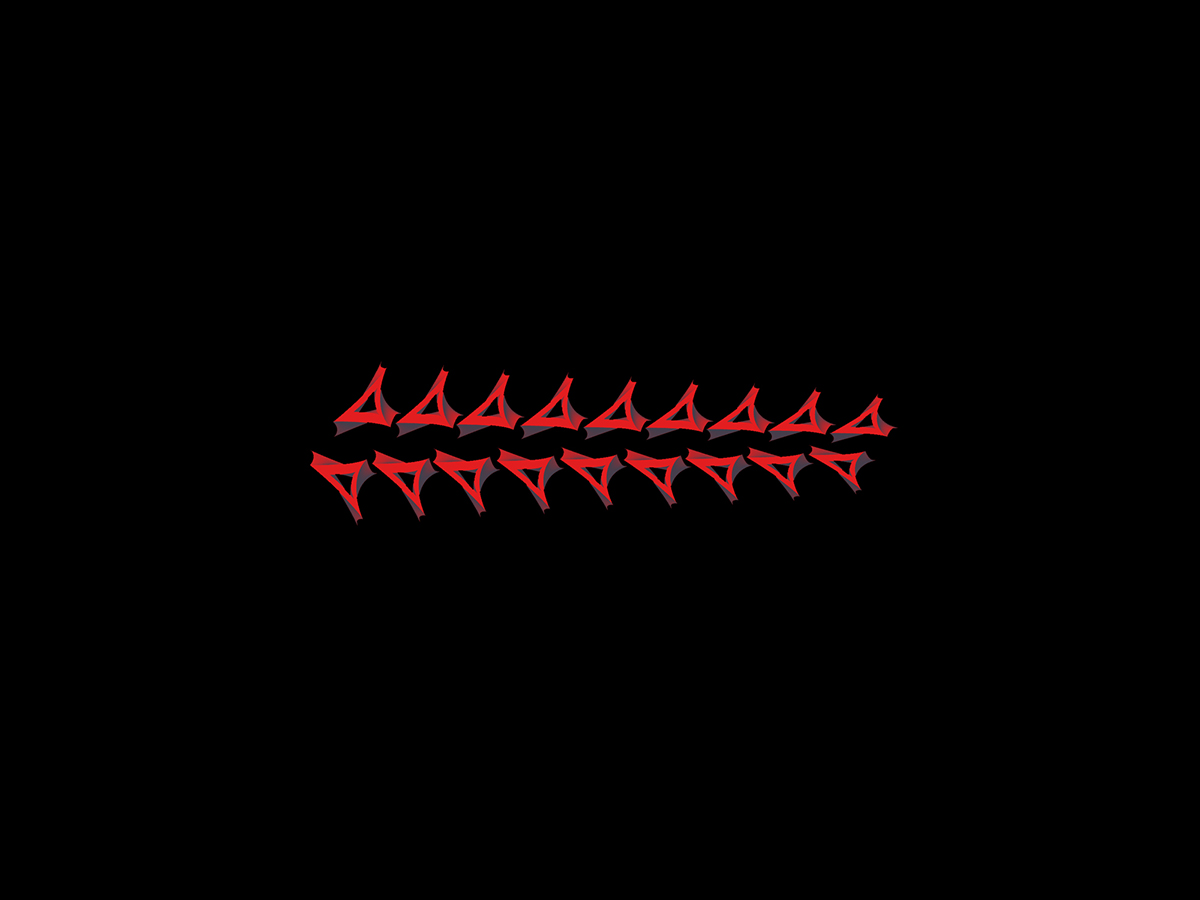 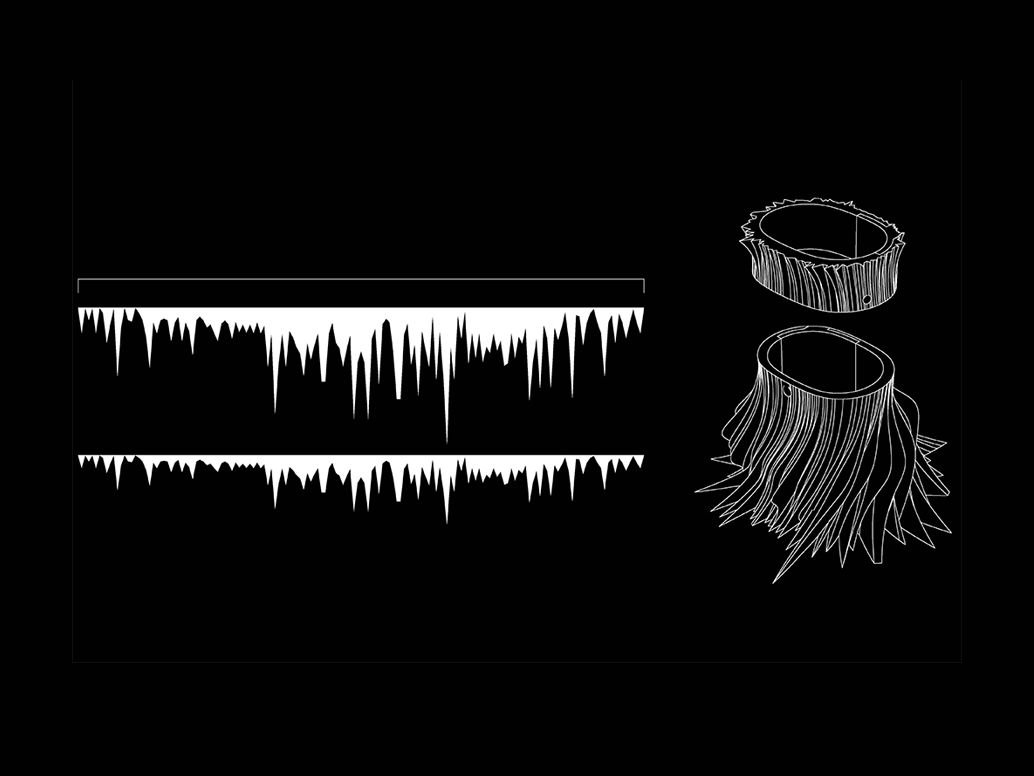 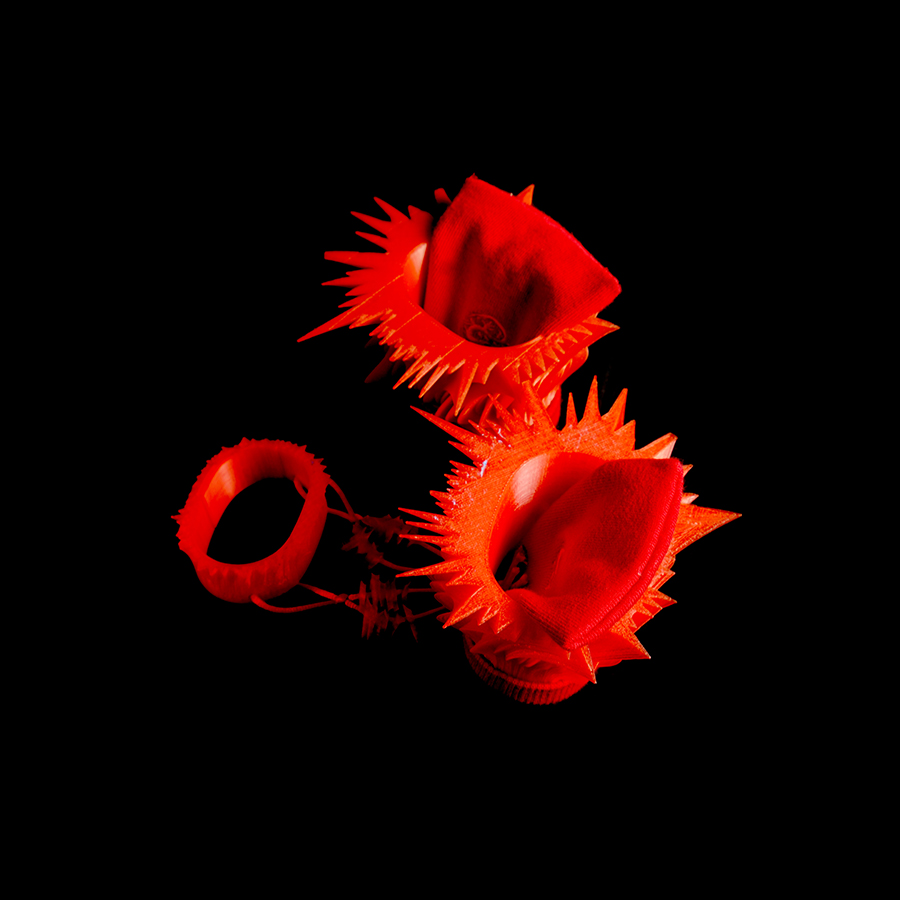 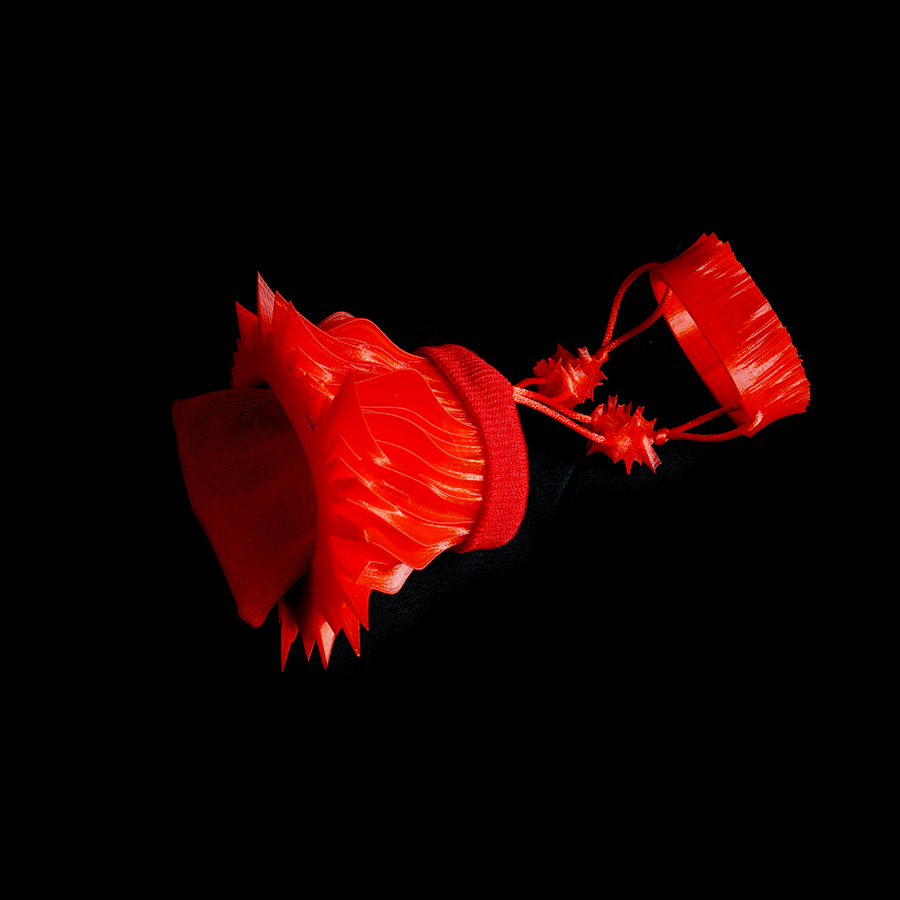 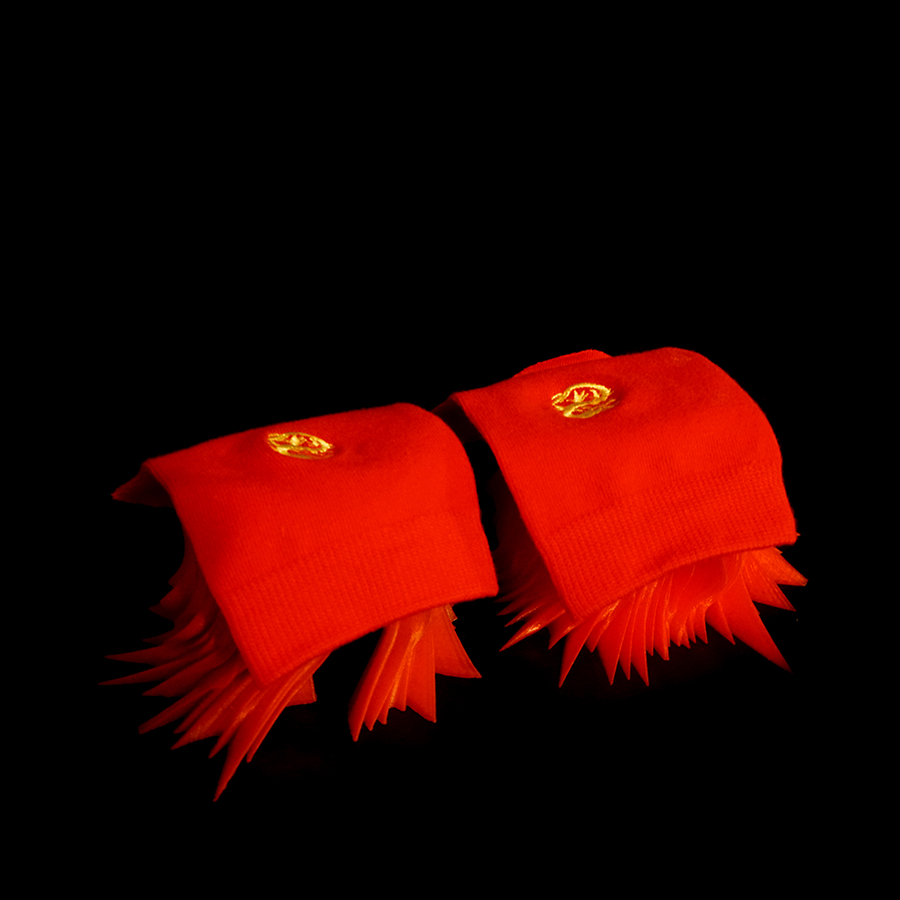 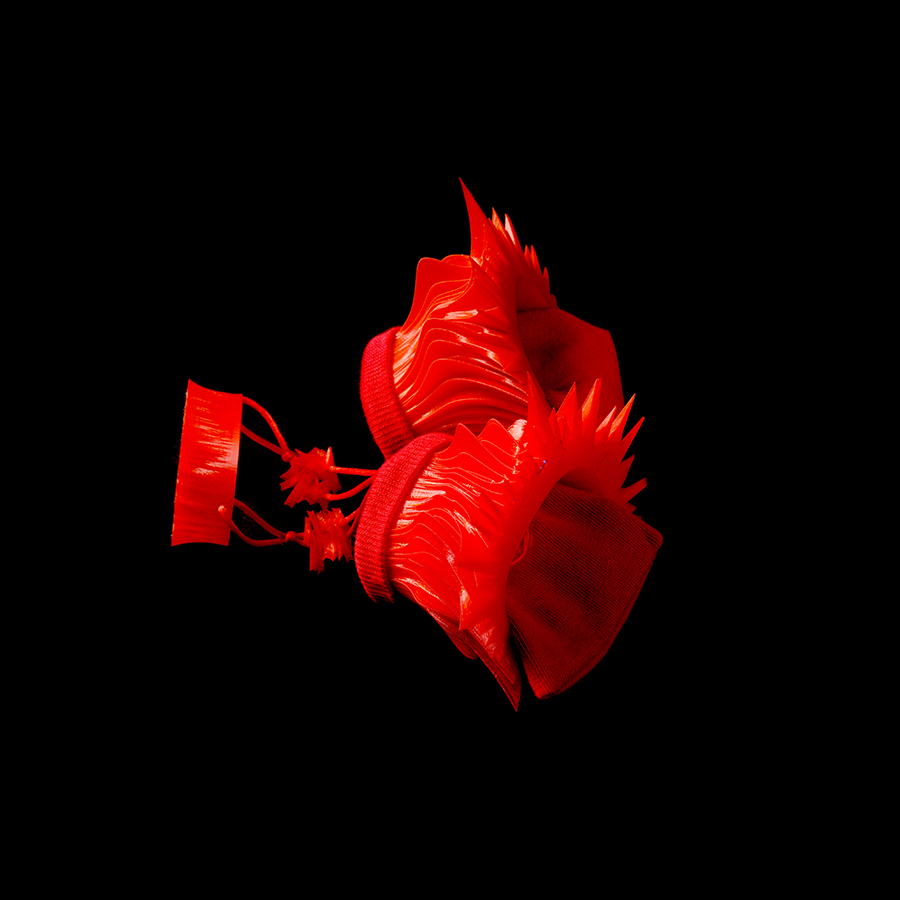 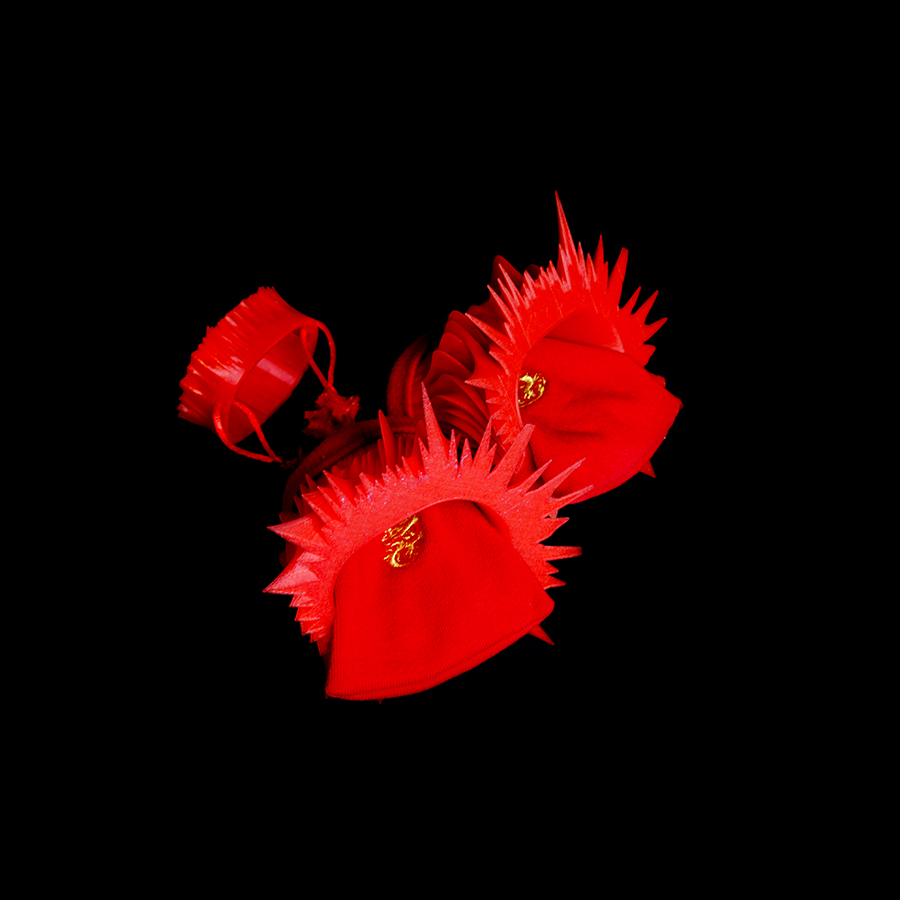 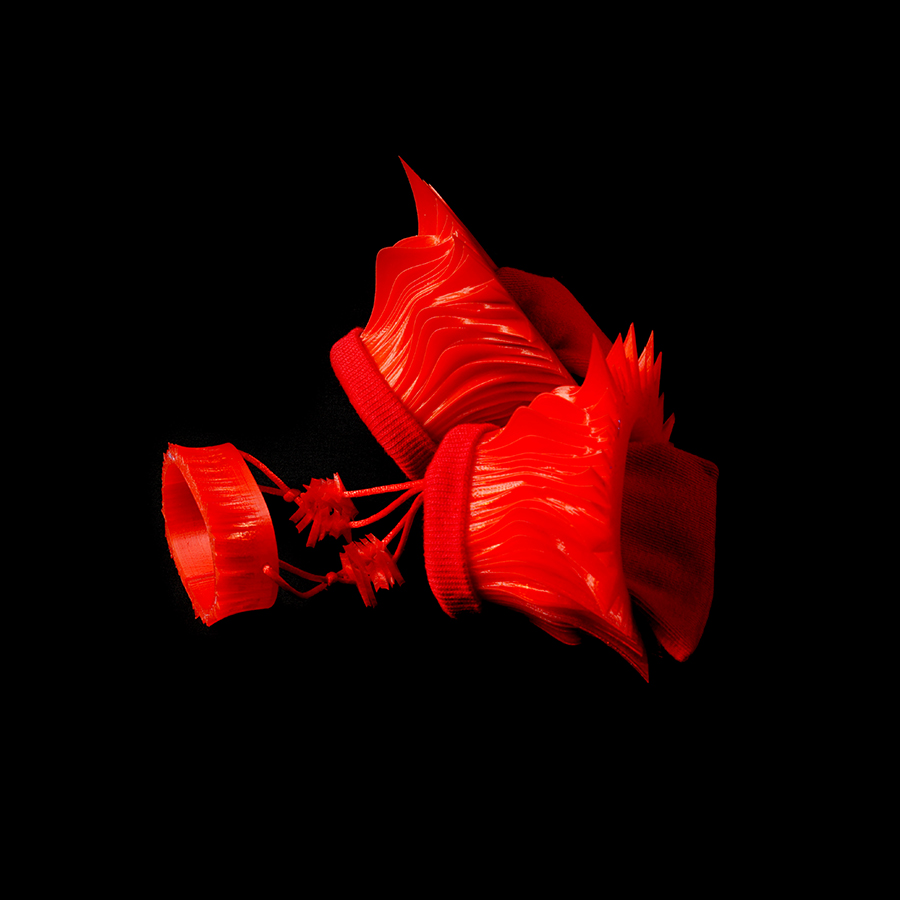 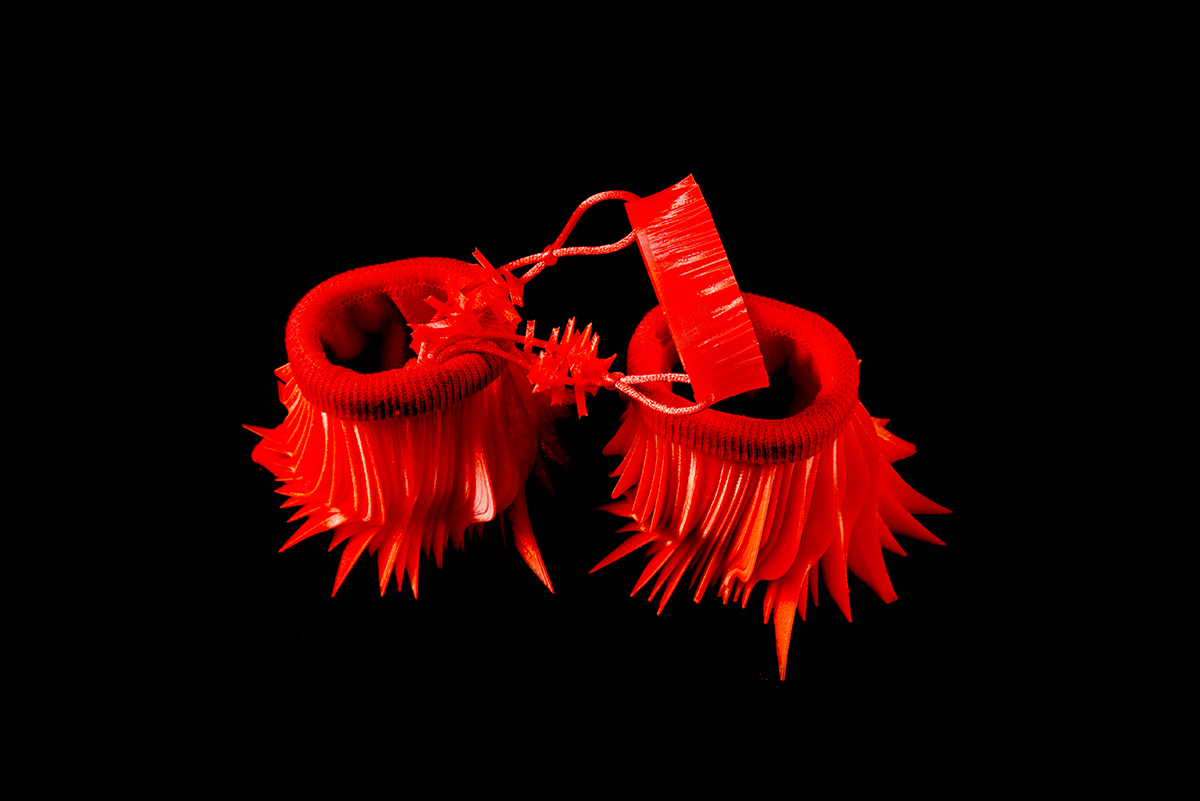 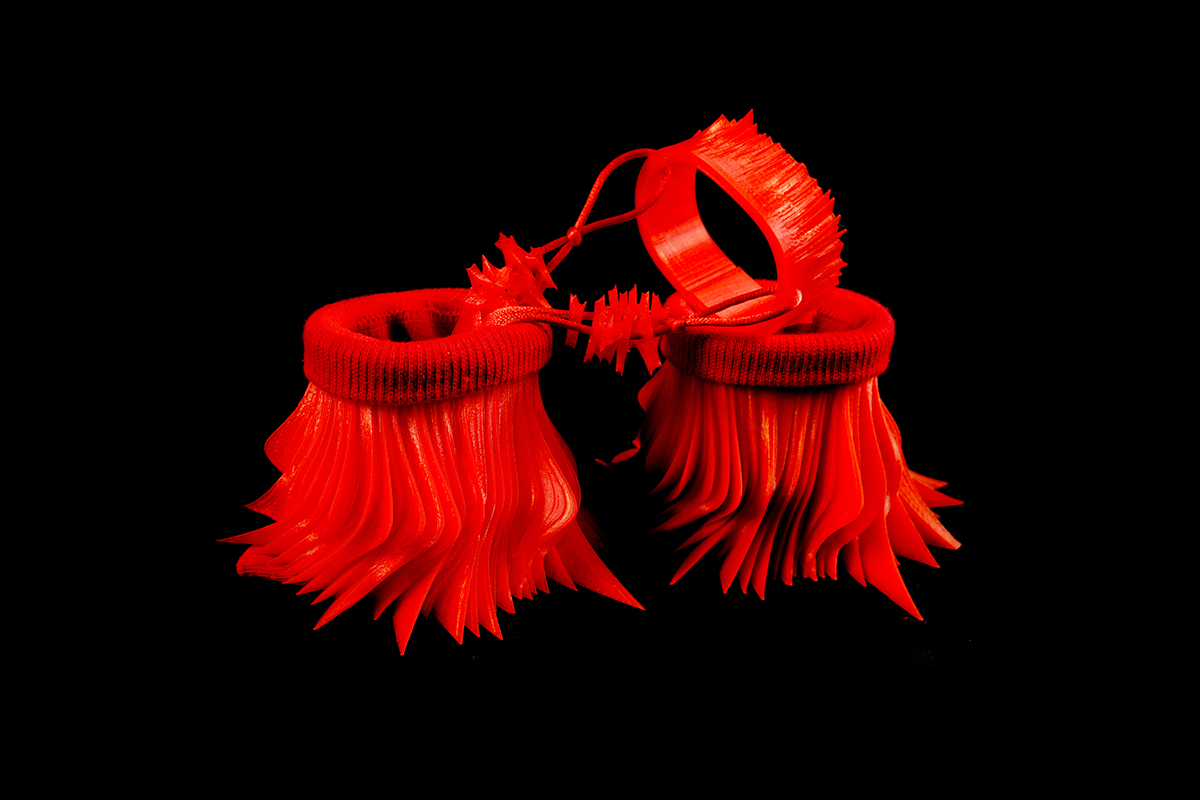 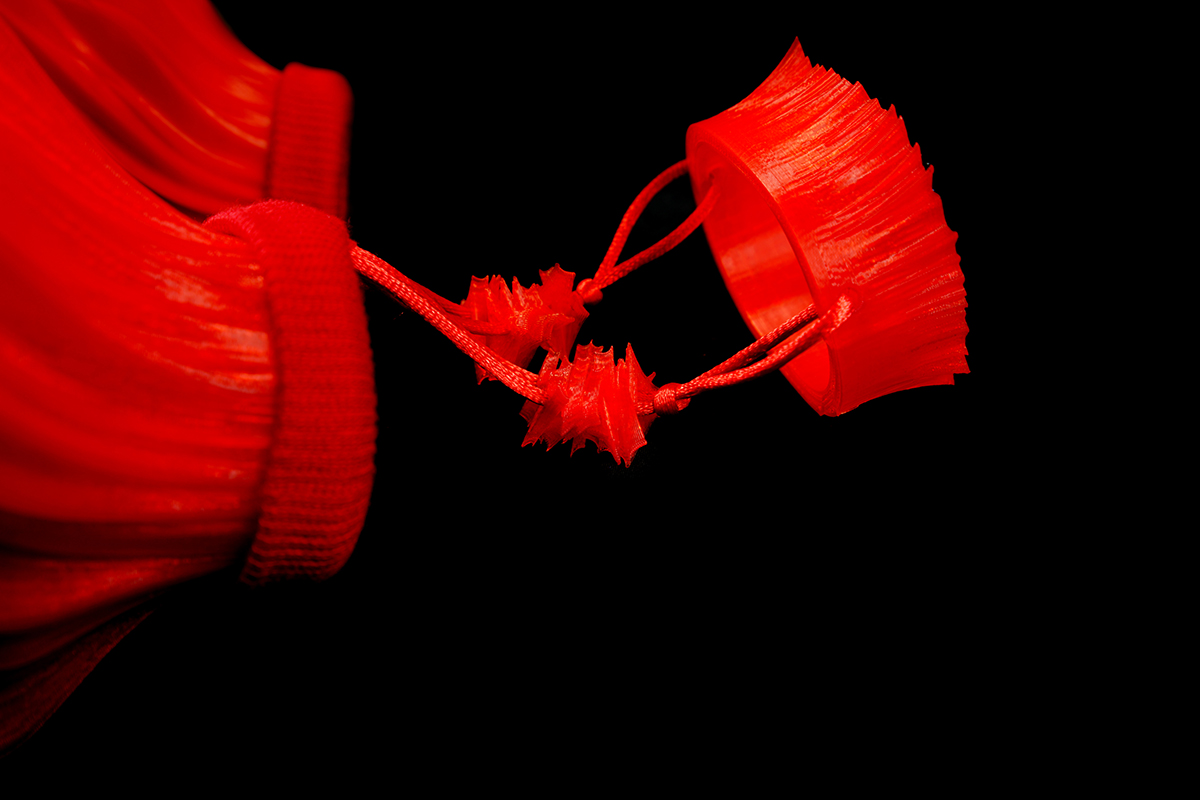 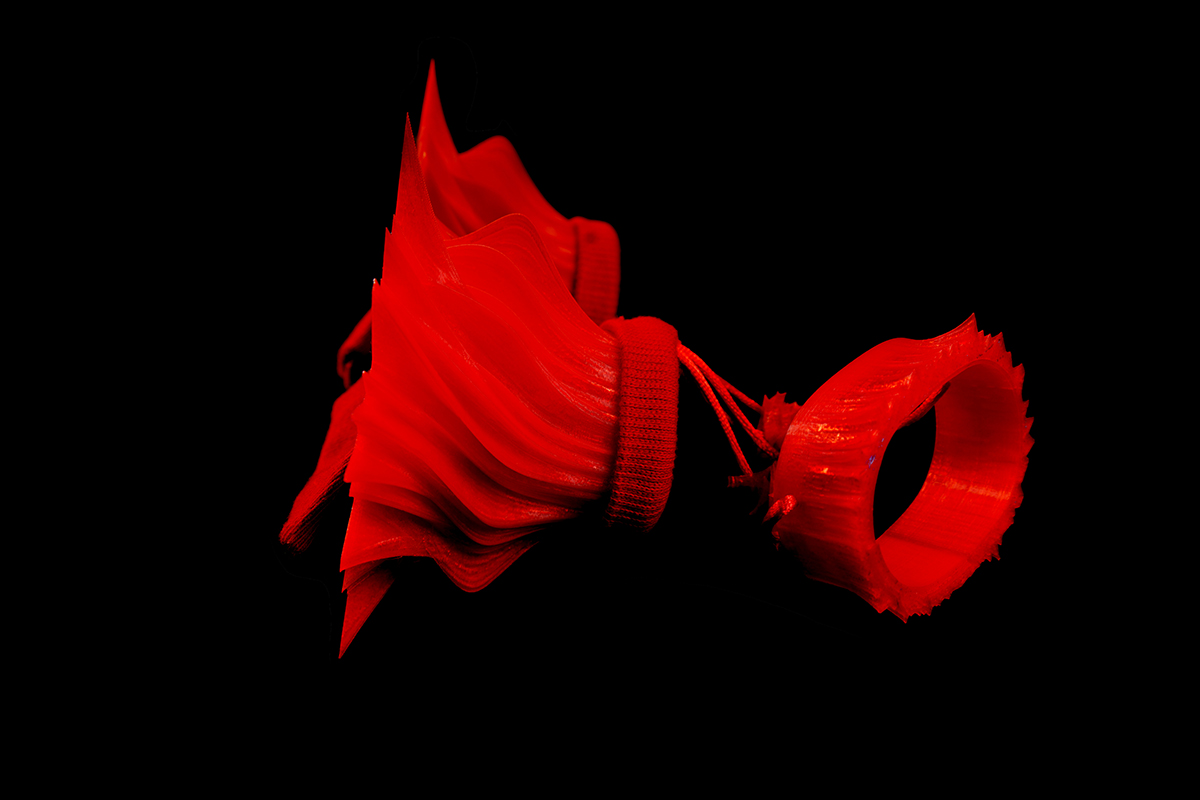 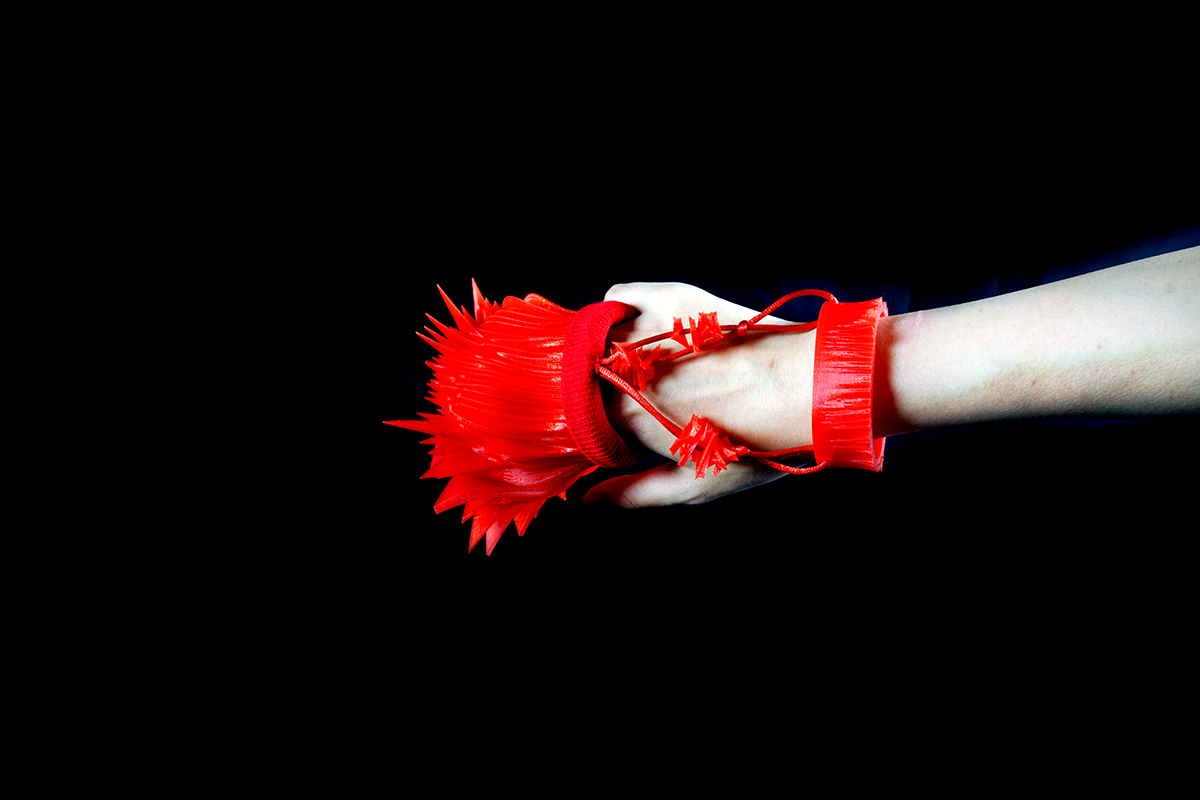 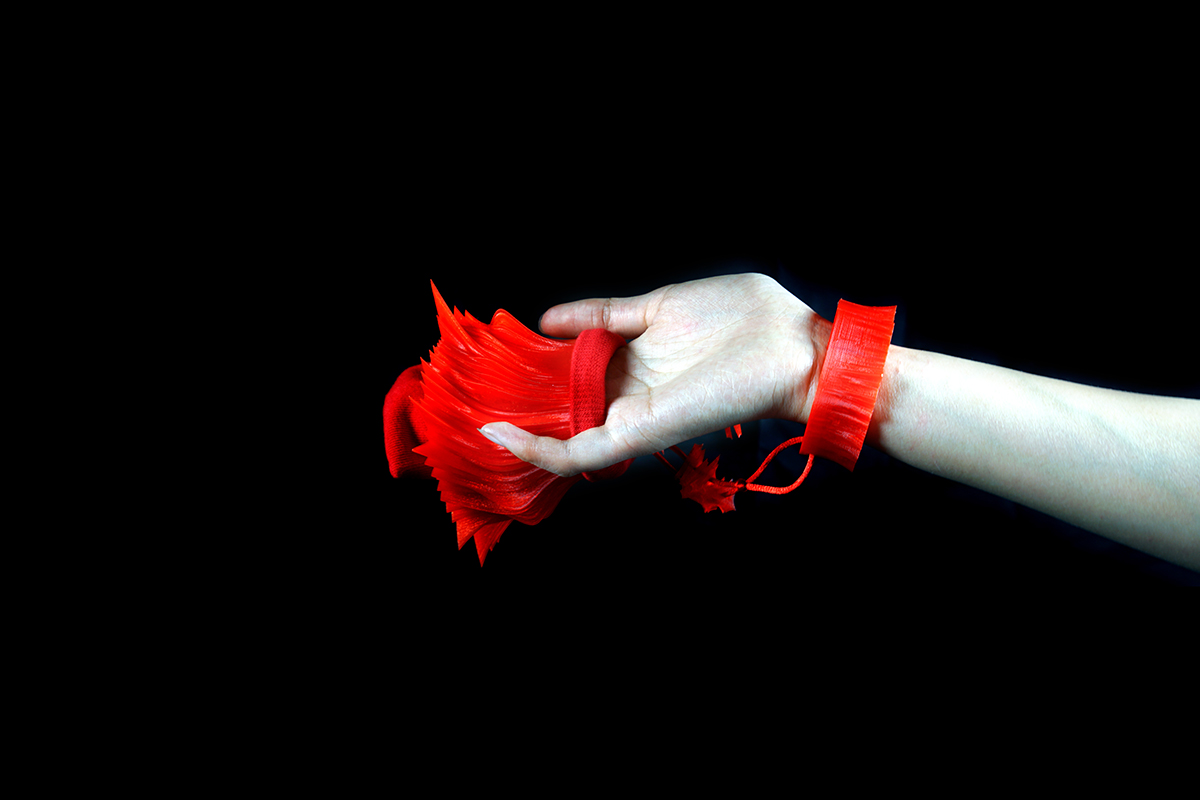 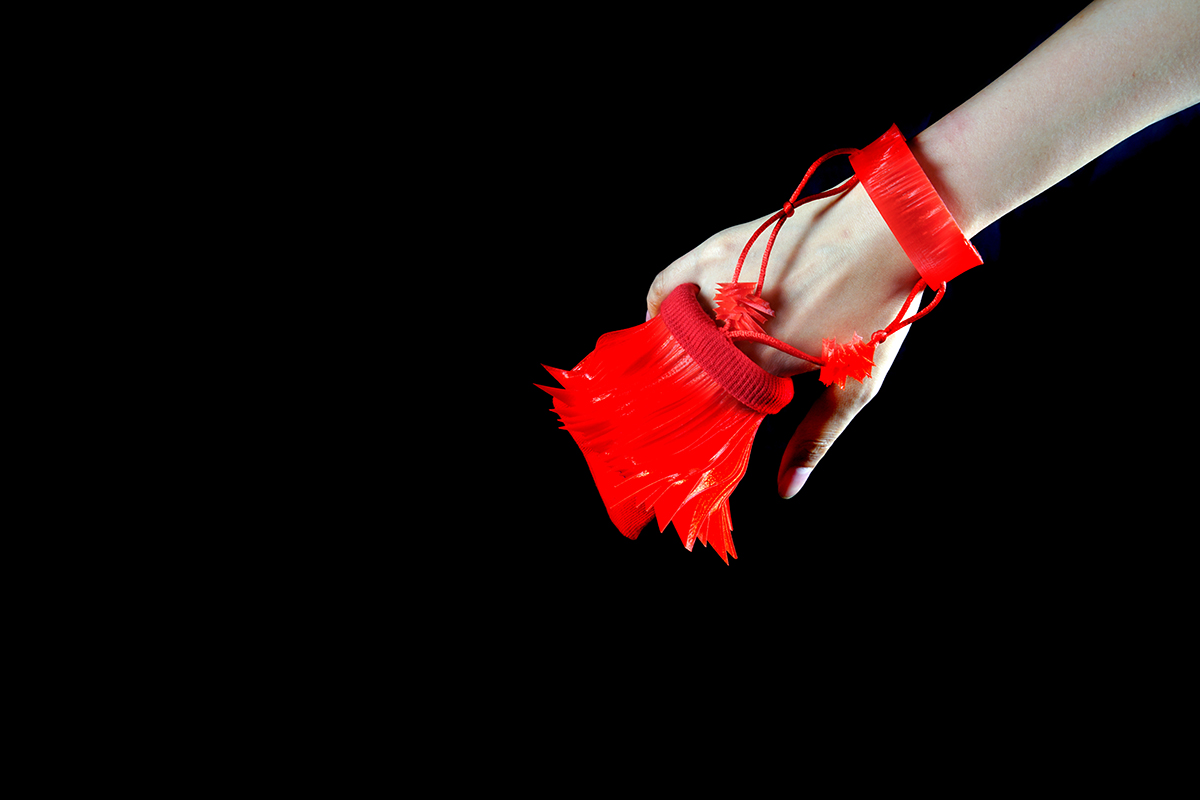 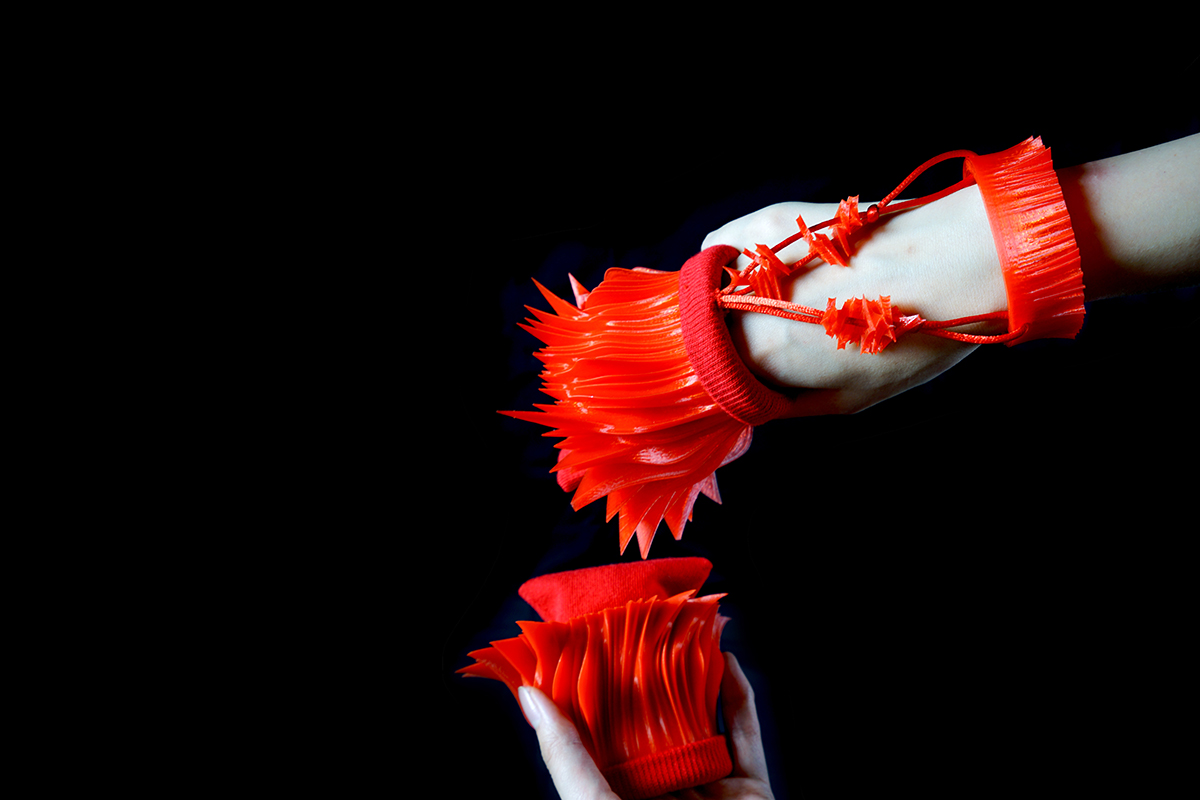